We filed into the dance room, tension hanging in the air. Zebong, the magic storyteller, appeared. Okay, he was waiting in the corner, but it sounds more impressive this way.  Plus, I didn’t see him. He wore a vest made of cut-up ties he had made after his Dad had shouted, “Someday when you get a real job, you will wear ties too!”

Zebong  told us about how he got his stories from just looking around him and many were based on fact.  Some of the stories were quite grizzly, including a disastrously situated cattery by the side of a motorway and the truck collision that caused widespread feline carnage. 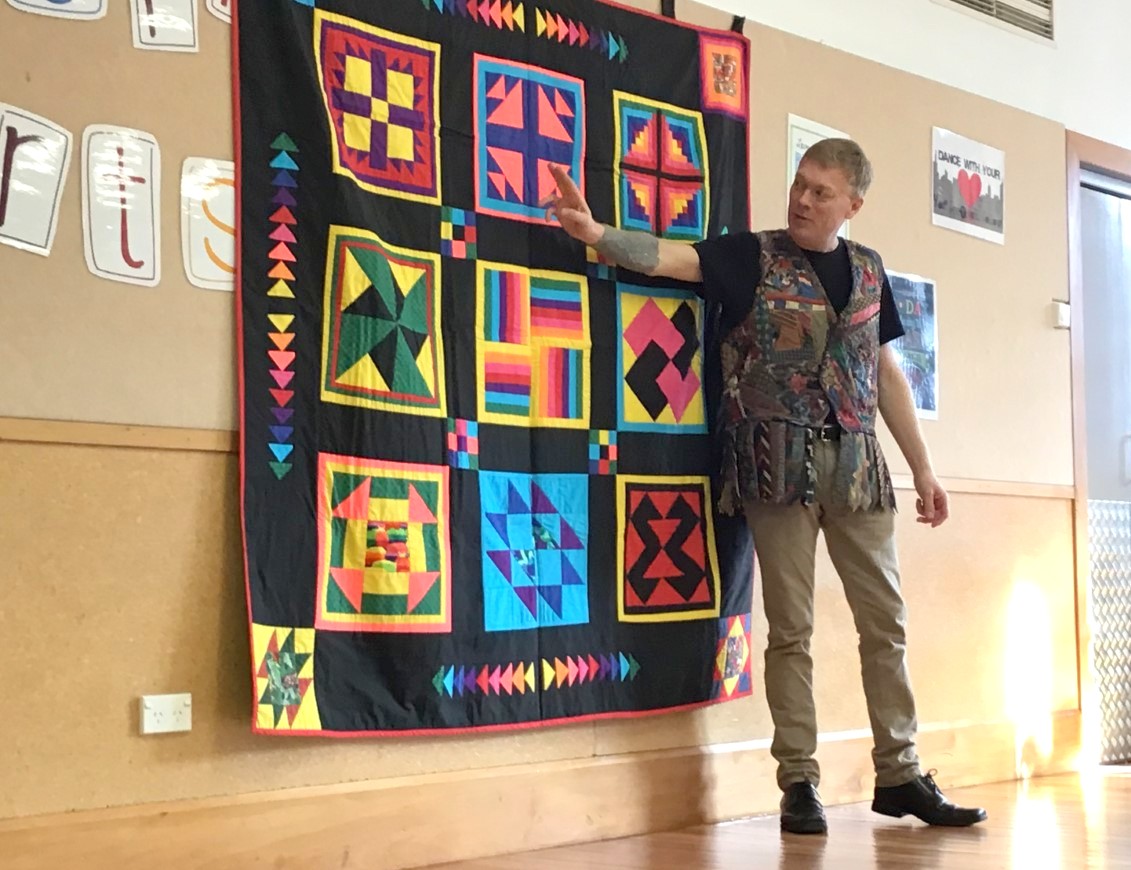 He told us a slightly disturbing story of stealing relatives’ internal organs (and taking them up stairs), how he had tricked new kids that there was a severed head under a bin in a sandpit and how he got bullies back for stealing his lunch, by putting goat droppings disguised as raisins in a  sandwich. He got both the kids and the teachers to act out his stories as he told them, and told a few wisecracks, particularly at the expense of the teachers!

Zebong  advised us that to be a good storyteller, you have to pay attention to what goes on around you for inspiration.

Thanks Zebong; that was loads of fun!