Congratulations to Troy Johnson, Tom Davey, Seb Green and Jack Francis on their success in the Kapi-Mana Festival held at Whitirea Polytechnic on 1-3 June.

Troy, Tom and Seb won the ‘Ensemble Y1-8’ section for their performance of the first movement of Joseph Haydn’s String Trio in F and Jack won first place in the Junior Wind/Brass section for his performance on recorder of ‘The Merry-Go-Round’ by Brian Bonsor.  The boys received a trophy and certificates to take home.

The aim of the festival is to promote the love of music in young people and participation in public performances, as a way to build experience and encourage community involvement in the Arts. 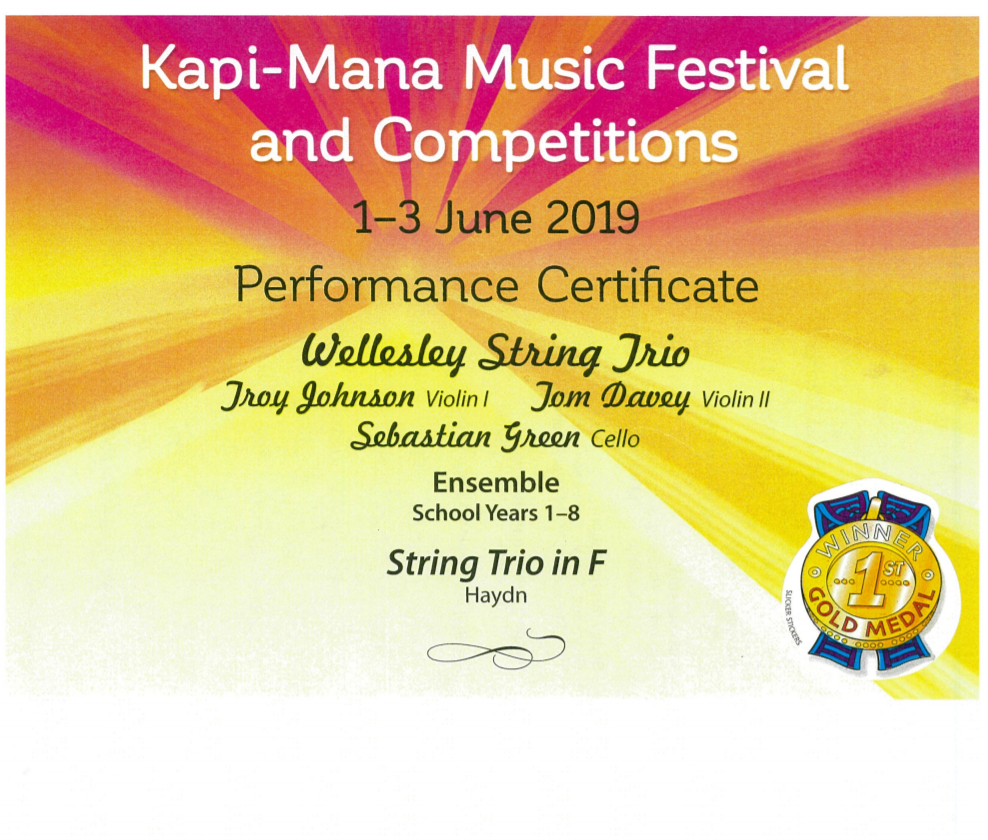 Jack has been learning the recorder privately for about 3 years with tutor Lynne Scott and this year he began clarinet tuition at Wellesley College, with Andre Paris.

Wellesley piano tutor Sonia Green formed the ‘Wellesley Strings Trio’ in term 1. The boys have been meeting once a week to work on the Haydn String Trio and recently had the opportunity to participate in a lunchtime masterclass with NZSO cellist Roger Brown.

“It was really fun learning new things from Roger, like how to get the sound you want from your instrument,” says Tom. 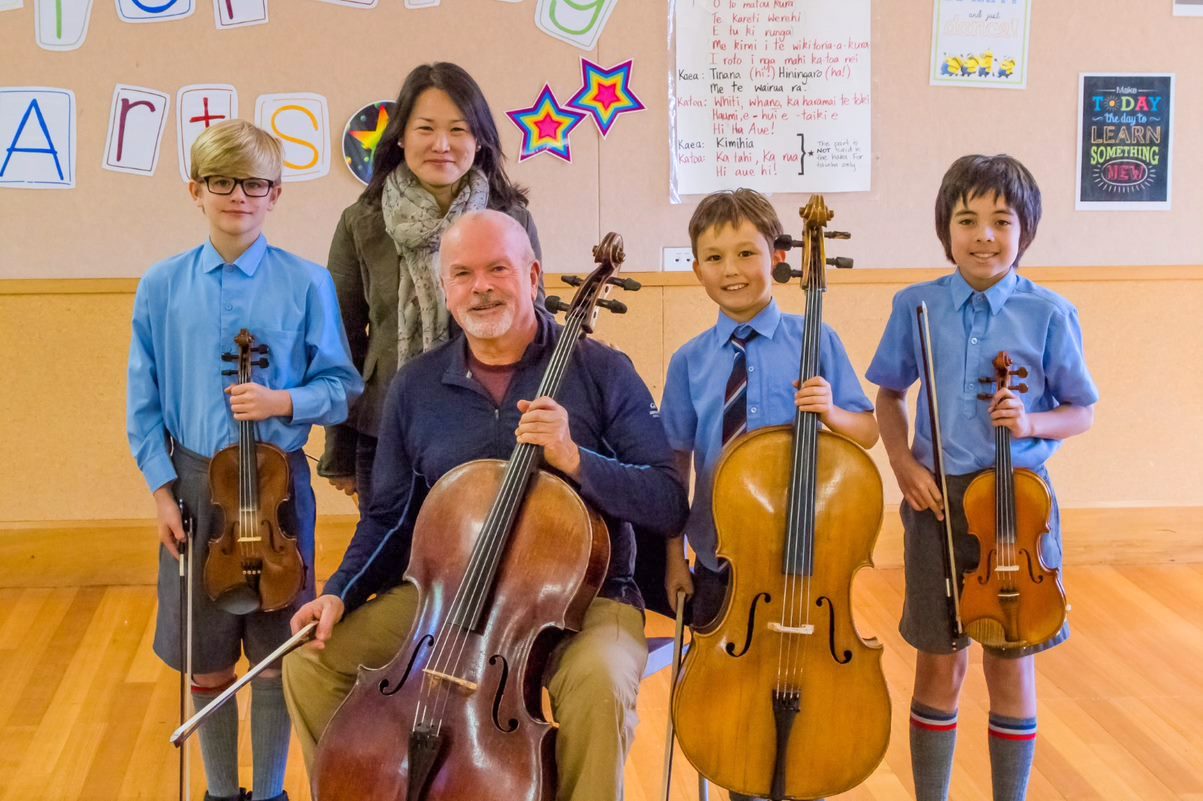 The aim of the Trio is to perform all three movements of the piece by the end of the year.

Many thanks to Sonia Green for nurturing the musicianship of the strings players and for providing them with the opportunity to discover their best.