Tiaki Freeman who attended Wellesley for Years 7 and 8 (2015 – 2016), was one of several students between the ages of 15-17, from schools around the country, that attended a breakfast meeting with the UN Secretary General António Guterres in Auckland on the 13th of May.  Guterres, as part of his tour of NZ and the Pacific Islands, met the youth climate change members and New Zealand’s Minister for Climate Change, James Shaw, for pastries and a chat about the environment at Auckland’s War Memorial Museum.

Tiaki is currently in Year 11 at St Pats College in Silverstream.  He was selected to represent his school and attend the breakfast meeting after recently taking part in an expedition with Sir Peter Blake Trust (BLAKE inspire) which is development adventure for secondary school students passionate about the environment.  In 2018, Tiaki was awarded a scholarship for STEM (Science, Technology, Engineering, and Maths), through his iwi Ngai Tahu and visited San Francisco where he took part in design workshops at Berkley and Stanford Universities and visited NASA, Google and Facebook.

Tiaki has also started a business with his Mum Sheree where he makes Kiwiana Bees Wax Wraps and he presented these as a gift to Mr Guterres. These were well received, and Mr Guterres read the label and asked Tiaki what “kai” was (as stated on the label) and Tiaki explained that the wraps are ideal for wrapping your kai in!  We love the personal touch Tiaki and the image taken really sums up this special moment on the 13th of May.  What a wonderful passion you have for the environment Tiaki, we are super proud of the leadership you are showing and the grasping of opportunities that are available to young people.  Wellesley looks forward to catching up with you again very soon and we love that your connection to your former school remains so strong. 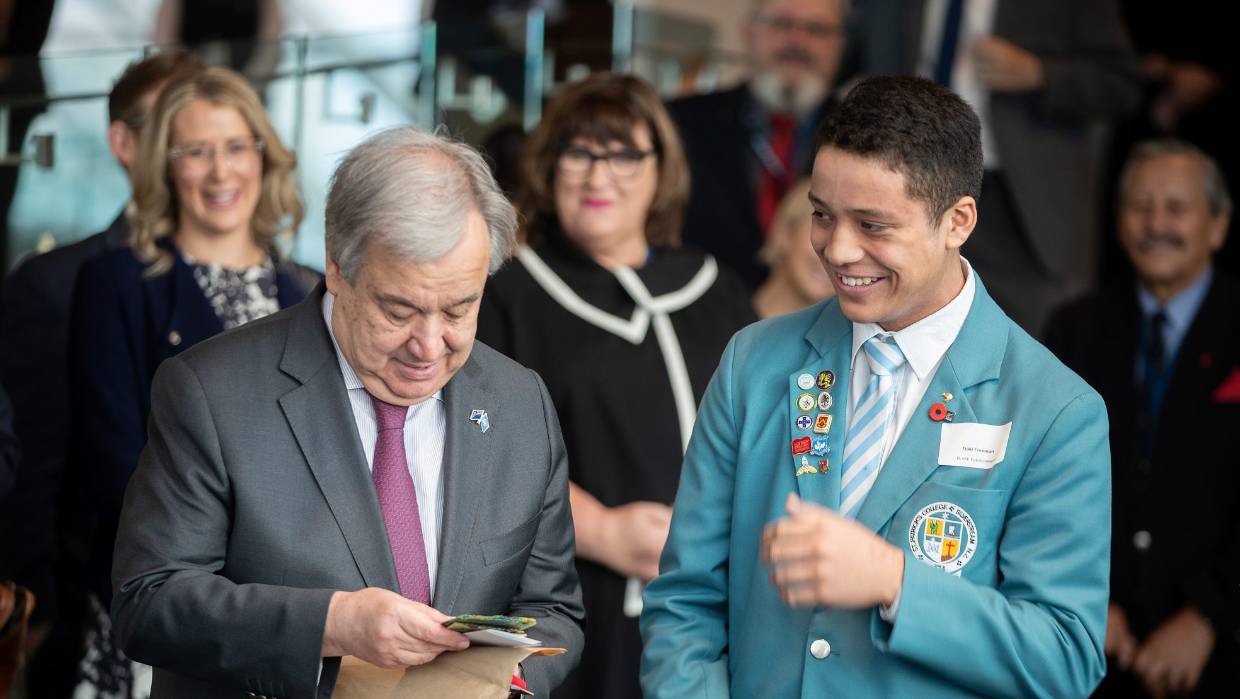