Noah Woolf (at Wellesley 2012-2013) represented NZ in the Junior Men’s Underwater Hockey team that won the Trans-Tasman Trophy in 2018.

Noah started his underwater hockey career at Wellesley and is one of several Old Boys who has represented New Zealand in this sport. We congratulate Noah on his achievements and look forward to watching his continued success in this sport. 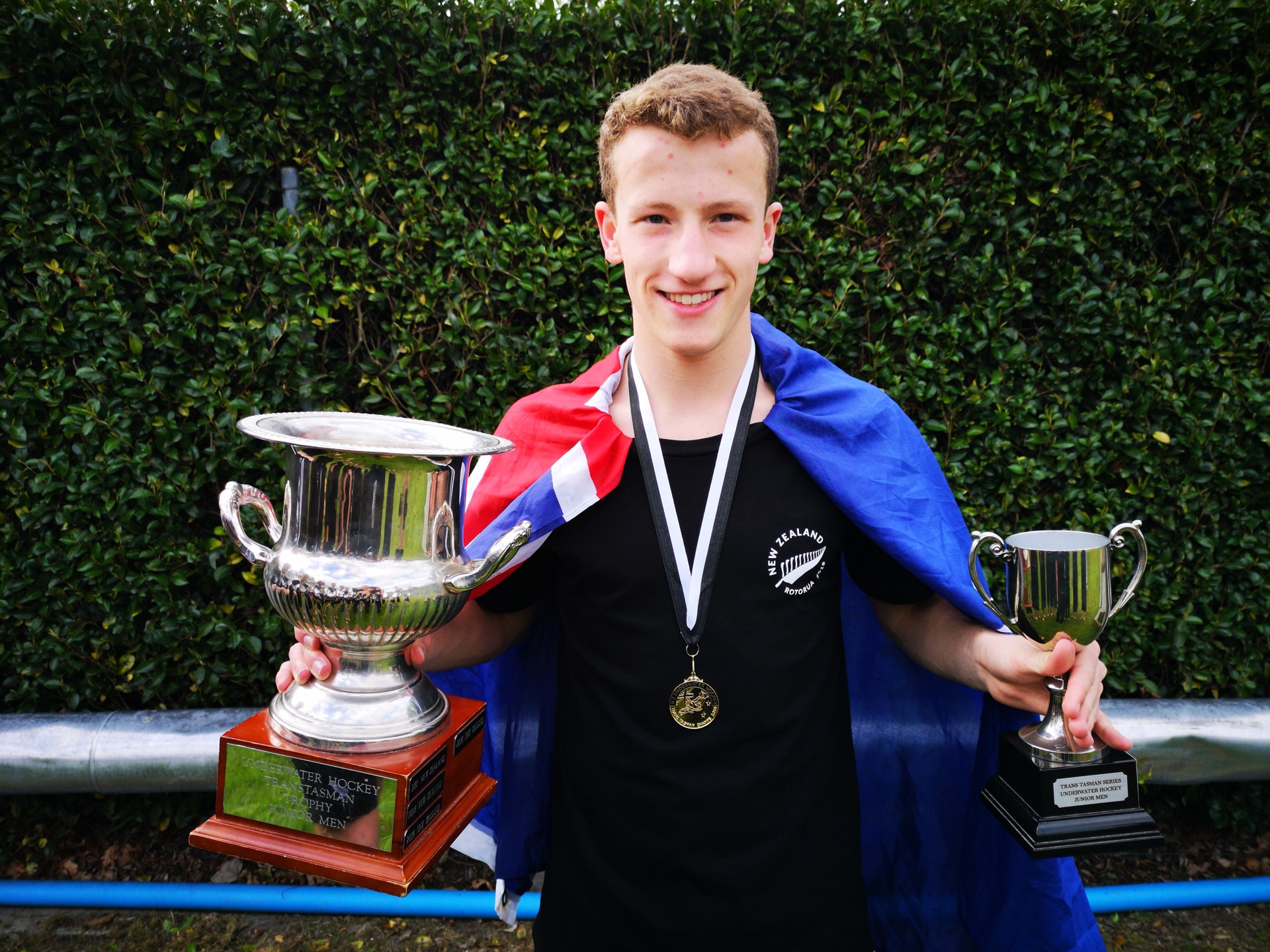