On the 22nd of August, the Wellesley College Year 7 and 8 team participated in the Wellington Mathswell Competition. Our team consisted of Matt Gordon, Nikhil Cox and Ashan Bernau, multichoice, and Arthur Fell, Gatsby Cohen and Oscar Horne, problem solving. The event was held at HIBS and when we got there it was packed. After a long period of waiting they finally let us into the main hall. The multi-choice team took their place at the Wellesley table and the problem-solving team sat in the audience.

Then came the biggest excitement of the night. There was a Kahoot event that took place while the markers were getting ready. The event was NZ number trivia. The problem-solving team aka the “Fortnite Pros” won the event with over 60 different teams participating. They earned a well deserved chocolate bar to share. 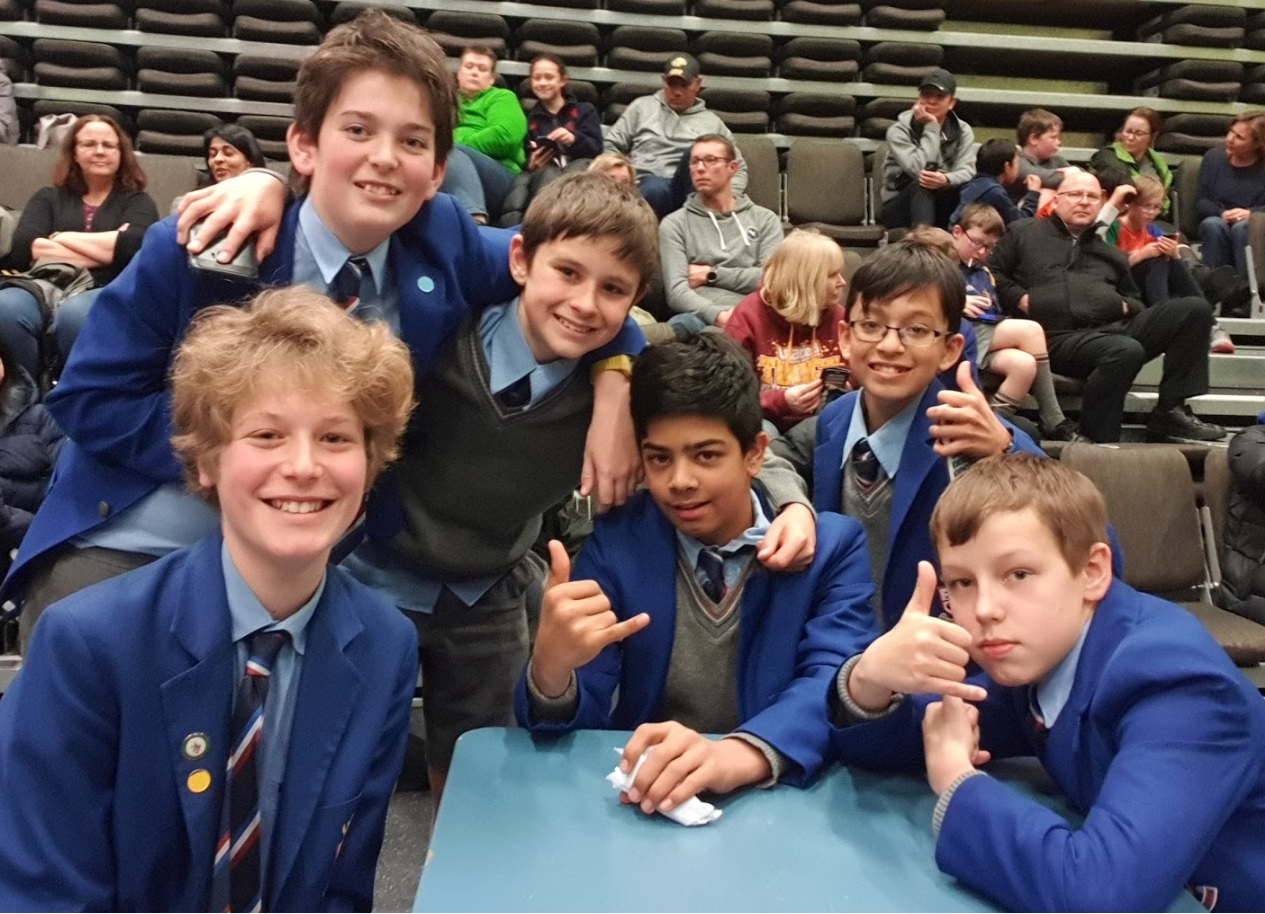 Then, to the main event.  First up, multiple choice. The team did some hardcore maths for 20 minutes, they sat intently working out the questions. The questions took a lot of time and some were intensely difficult. The multi-choice team had to answer all 30 questions, guessing a few at the end, their final score was 15 out of 30.

Then there was a break, during which the problem solving swapped places with the multi-choice team. Unlike the multi-choice team the problem solving team had only 20 questions. Some of the questions were simple to answer but others had too many variables to figure out in a minute. For problem solving, questions were given one at a time. We had to write the answer on the question sheet and the marker can only mark right or wrong (no discussion allowed). If correct, the next question was given. If incorrect, the question is given back and we can have another attempt. Only 2 attempts are allowed on each question. At any stage the team could pass on a question, but we couldn’t go back to it so we really had to be strategic. In the end, the problem solving team passed eight. Their final score was 9 out of 20.

As the prize giving approached both teams all knew we had no chance of placing, but we had fun and we had already won a chocolate bar! The top school in our region was HIBS, with Wadestown School winning overall. We all left tired after such a long day.